Flies into Butterflies: Transforming the Story of your Life 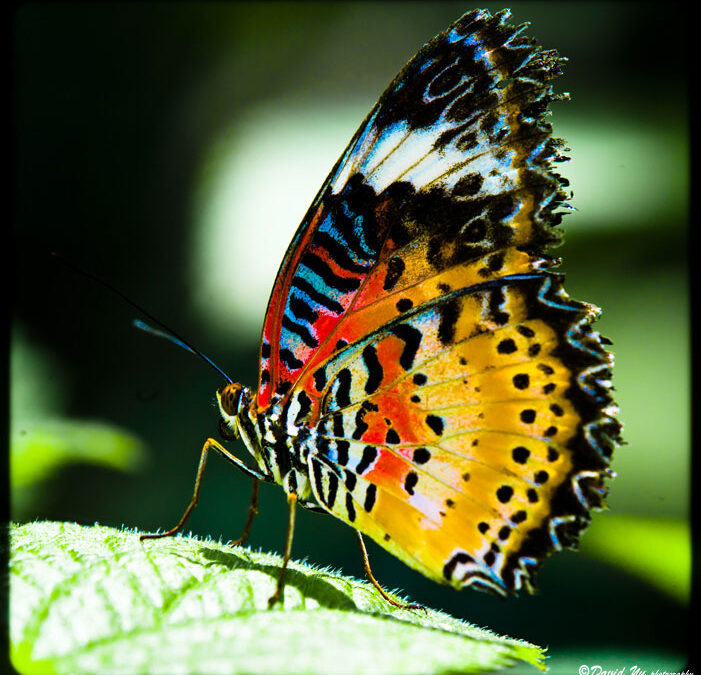 Do you remember reading Lord of the Flies in middle or high school? It’s one of the books that has colonized school reading lists for literally decades in this country. Originally published in 1954 it was required reading at many schools and colleges by the early 1960’s and is still in place to this day. I remember disliking it immensely and intensely – all that man against man, man against nature and man against beast (are you noticing a theme here?) barreling towards its heart of darkness, survival of the fittest moral of the story was like fingernails against chalkboards for me. It’s important to note that implicit in all of this is the uber battle, man against death.

Yet it was always presented as some sort of gospel about the ‘human condition’ – such a bleak vision (and one without any feminine voice in it whatsoever I may add) positing that cruelty, bullying and aggression were the true human birthrights – held in check only by thin veneers of ‘civilization’.

It was never a worldview that held much resonance for me although I could not escape the cultural mythmaking based on the ‘survival of the fittest’ piece, that was connected to science and became the shorthand version of Darwinism – even though there was significantly more complexity to the actual theory of the actual man himself. As a result, it has become accepted fact that a rather brutish race to the bottom will reveal itself eventually in all arenas of life and the sooner we cop to that the better off we are.

If we take a closer look at Darwin there is another story of evolution that peeks out. Jean Baptist Lamarck was a biologist who put forth a theory of evolution a few decades before Darwin. It posited the acquisition of inherited traits and emphasized that cooperation between species and individuals – not battles – was extremely important to the course of evolution. In other words we evolve as we learn to fit our surroundings. He saw cooperation between not just organisms (say on a cellular level) but between different species and believed that if humans separated themselves from nature our entire existence would eventually be compromised.

He was roundly mocked for many years as Darwin’s theories gained prominence and is still a source of controversy today. But the emerging science of epigenetics – the study of how, when and why genes choose to express – has vindicated much of Lamarck’s work. In his view, it is the collaborators who survive.

There is another example of the exclusion of some stories and the shaping of others. This concerns the very beginnings of psychoanalysis and a woman named Sabina Spielrein. If you know of her at all chances are it is because of a movie called A Dangerous Method in which she was portrayed as a hysteric who introduced Jung to kinky sex – an invention of the director. In reality she led an extraordinary life as a psychiatrist,one of the first female psychoanalysts, a surgeon, a pediatrician and was part of the first Russian Analytic Society among other myriad accomplishments. Her life and work touched not only Freud and Jung’s but also the lives of Stalin,Trotsky, Jean Piaget and Melanie Klein. All of that ended in murder at the hands of the Nazis in the Snake Ravine massacre in 1942 and Spielrein subsequently fell into near total obscurity.

Her theoretical work, although contributing to and informing Freud, Jung, Piaget and Klein also is thought to be the very beginnings of relational psychology and attachment theory as she reflected and included the impact of relationship and environment on the individual, especially in the development of children. She made space for connection and the outer world not just the inner landscape. It was a woman’s voice and it brought something to the table that was systematically overlooked and unattributed for decades.

Brene Brown writes about ‘the stories we tell ourselves’. She means it in an individual context and I find it very helpful in challenging client’s assumptions about the ‘way things are’. Our entire system will organize around those stories we tell ourselves, cherry picking the data that supports them and ignoring the data that doesn’t. That’s why it is so powerful when you can shift that inner narrative in a conscious, constructive way. I believe the same holds true on a collective level. There are certain stories that we, as a cultural unit, have agreed to and all of the variations on ‘survival of the fittest’ are in that basket. That opens up the possibility of finding different stories to reflect a much wider range of actual human experience and potential.

Which brings me to an article in The Guardian that I came across recently about the ‘real lord of the flies’. In it, the author, Rutger Bregman, recounts his discovery of the true story of six teenage boys who were marooned on a rocky atoll in the Pacific for over a year. In contrast to the bullying and cruelty on display in Golding’s book, the actual boys on the island continually chose to work together, actively caring for each other and never (literally) letting their fire go out. One boy fell down a steep cliff breaking his leg, the others climbed down to retrieve him and then figured out how to successfully set it. His work duties were covered without incident. The whole experience was driven by cooperation as they faced truly life or death circumstances. All six of them were rescued and restored to a grateful community when Peter Warner spotted them from his fishing boat one day.

Here’s the thing: William Golding was an alcoholic who struggled with depression. It’s possible he also suffered from ptsd as he was present at D-day. He thought he could have been a Nazi if he’d been born in Germany (“I have always understood the Nazis because I am of that sort by nature”). An ex-pupil recounts a habit of Golding deliberately stirring antagonisms in his classrooms to see what would happen. There seems to have been a lot of shame and self-loathing ever present. It’s not hard to see all of this reflected in the pages of Lord of the Flies – one man’s perspective being globalized to The Way Things Are.

And we’re still surrounded by it to this day. Some people credit Golding as the inspiration for reality tv – a genre that is heavily managed and couldn’t be further from some sort of spontaneous ‘reality’ if it tried. The creator of Survivor has been quoted as saying he read and re-read The Lord of the Flies. So there’s your template for conflict, aggressive competition and elimination morphing into endless spin off iterations.

These are stories that we are telling ourselves. After WWII many people were grappling with the fact of the Holocaust, as well they should. People are clearly capable of cruelty and atrocity – especially when they have suppressed what they don’t like about themselves which then generates fear, what Jung would call the Shadow. However, these are not the only stories and, more importantly, they are not the inevitable stories.

It is a psychological truism that what we focus on grows. We need to start making room for other true stories. Stories that offer the potential of collaboration, community and common ground. Stories that understand the essential nature of connectivity – not in some panglossian, pollyanna way but in a way that resonates with the best of the human spirit. Let’s grow that.

Just as the real life teens created a different narrative, we’d like to start telling a different story about death and dying in this country. Perhaps a kinder one that doesn’t require so much armoring up. In writing the chapter on the cultural history of death in America a cyclical pattern began to appear. Every twenty-ish years or so there would be a surge in the cultural conversation around dying – a call to arms for reform and new thinking. Some very important things happened that still inform our experience today – the conceptualization of the right to die, the right to decline treatment and Elizabeth Kubler Ross’s groundbreaking work on grief for example (even though it is widely misunderstood). However, up till now, that conversation then mostly recedes only to crest again with incredibly similar issues in a few decades.

Today that conversation can be seen in the death positive movement and in all of the resources we point to on our website. It’s a really essential conversation in our view. We’d like to be part of shifting this cultural narrative – not man against death but people shifting into a better relationship with their mortality. We can widen the story we tell ourselves about dying in a way that sticks this time and offers all of us a more truly human experience.

If you’re interested in transforming the story of your life contact me and we’ll find a time to talk.

for more about the six real teens who were marooned over a year:https://www.theguardian.com/books/2020/may/09/the-real-lord-of-the-flies-what-happened-when-six-boys-were-shipwrecked-for-15-months