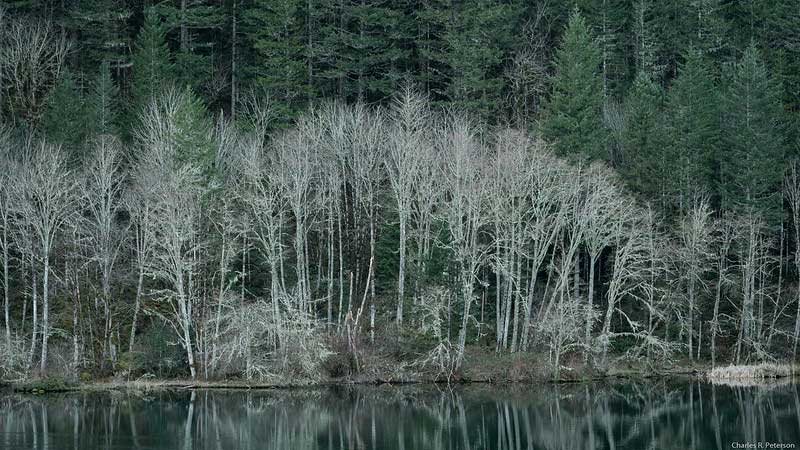 Come to terms with death, thereafter anything is possible.
Albert Camus

I first encountered Ernest Becker while I was in college. His book, The Denial of Death, was required reading for a philosophy class I was taking. Despite what at first glance might seem a dreary textbook title I remember that the book offered me one of the iconic college experiences – the chance to really chew on something that was outside my personal experience to date but within my grasp to contemplate and consider. That intersection of the new and attainable allows me an engagement that I cherish – work is no longer work but nourishment instead.

I was young enough at the time that my own denial around death was firmly in place yet I was anxious by nature and generally looking for relief from that constant low hum of nervous energy. So Becker’s central thesis captivated me – the premise that all anxiety is, at its core, death anxiety. The possibility of a remedy was intriguing but distant and I moved on at the end of that semester. I always held on to that book though.

Now it is multiple decades later and I am aware of a growing sense of urgency. My death is closer now that it was then of course but it’s not just that. Sometimes it’s that the entire country feels as if it is hurtling towards its own extinction at this moment in time. And I find myself wondering about just how much the collective denial of death is underpinning the increasing hostility and divisiveness we are all experiencing right now. The United States is still a relatively young country and one of its hallmarks has always been the idolization of youth. There’s an old joke that Americans think of death as an option – that sets up the impossible task of avoiding it. We all try our damnedest anyway – trying to stay as ‘young’ as possible as long as possible – as our culture is so unforgiving on that front. We quickly relegate the ‘old’ to the fringes so as not to be reminded of our own pending mortality.

I decided that I needed to re-read the book that has resided on one of my bookshelves through many years, many moves and many life stages. I was struck by the paradox of it being utterly time bound and timeless simultaneously. The relentless orientation towards a masculine perspective as a stand in for all humans was annoying and depressing (‘he’ was by far the dominant pronoun). And the alignment with fairly orthodox Freudian theory was also off-putting to me, which came back to me more and more as I continued reading. And he was absolutely a man of his time and place with a near total lack of understanding regarding homosexuality (along with the American Psychological Association in that era – thankfully the collective cultural establishment continues to shift towards a more grounded, accepting relationship towards human sexuality in its many variations.)

Yet, the core idea holds. The Ernest Becker Foundation (ernestbecker.org), in their words, “ advances understanding how the unconscious denial of mortality profoundly influences human behavior.” Their website points in many directions, illuminating how death denial can show up in numerous guises. It reminded me of what my meditation teacher once said, pointing out that our usual anxieties about travel and preparing for travel (especially that incredible urge to ‘get everything wrapped up’) were connected to readying for a departure which, in turn, pinged our unconscious fears about the ultimate pending departure of our death like a tuning fork. Likewise our struggles with beginnings and endings of any sort are not unrelated to the often suppressed knowing of our own finality.

There’s an interesting side note here: We make plans for mostly everything in life from what to do over the coming weekend to college planning to retirement planning and everything in between. Yet we don’t plan for death – that one trip we’ll all be taking at some point. There is the paperwork and organizational piece of that which we’ll cover in the book (and is available on our website resource pages) but there is also the idea that we can ‘practice’ for death so that we are ready when the time comes. Maintaining a meditation practice is one way to do this – just as we go to the gym in order to stay in shape, regular sitting in meditation is a way to strengthen a different set of muscles that would serve us well when our end here comes. After all, we would not consider going to even a job interview without prep yet we end up meeting death often with little to no due diligence on either the practical or spiritual levels. I’ll be writing more about this in depth in a forthcoming blog.

Along with the Becker Foundation, I think some of the most interesting work on the subject of death anxiety is being carried out in clinical trials by psychologists such as Rachel Menzies, Sheldon Solomon, Jeff Greenberg and Tom Pyszczynski. There is now actual data corroborating the impact of death anxiety on behavior and that it underpins multiple diagnoses in the DSM (the Diagnostic and Statistical Manual of Mental Disorders) including anxiety and mood disorders, OCD, panic attacks and eating disorders.

Menzies is the lead editor of the book Curing the Dread of Death: Theory, Research and Practice. In it she has brought together multiple clinicians from different theoretical orientations ranging from the existential and pyschodynamic to straight up CBT (cognitive behavioral therapy) each bringing their expertise to the impact of death anxiety on our day to day mental health and ability to function in the world we live in right now.

In The Worm at the Core: On the Role of Death in Life Solomon, Greenberg and Pyszczynski write about devising a set of experiments that set out to test Becker’s hypothesis which they collected under the umbrella of terror management theory. They found that commonplace, unremarked reminders of mortality led to increased harshness in sentencing, separation from our bodies, amplified disdain for those we disagree with and magnified “our phobias, obsessions and social anxieties”. In one experiment, judges were consistently less forgiving and more punishing to defendants found guilty of relatively minor crimes. In another, only students reminded of their mortality would seek to make their partners ‘pay’ for holding opposing views (in this case by choosing to double serve hot sauce to someone they knew didn’t like it and who would be obligated to consume it)

Solomon, et al felt that this was the “first, direct evidence that fear of death magnifies the desire to physically harm those who challenge and insult our beliefs…” Another experiment they cite, from 2006, found that Americans who were exposed to death reminders were more willing to back pre-emptive attacks against countries that posed no immediate threat to the US. They make the case that the fear of mortality drives isolation and suffering on both the individual and global levels

Ernest Becker argued that “the natural and inevitable urge to deny mortality and achieve a heroic self-image are the root causes of human evil.” Death anxiety sets the stage for a defensive aggression that ultimately, collectively ,leads to othering, conflict and, eventually, to war. There is a fascinating paradox at play there – that it is through heroic fighting we gain our immortality. We can see that drive play out in many arenas including the ‘fighting’ language that we often impose on our relationship to terminal illnesses.

A key point for me is that the fear of death drives all kinds of aggression and creates vulnerabilities to tyrants (from the personal to the professional to the political) – we are vulnerable to manipulation and exploitation when we are afraid. It seems that shifting that relationship has the potential to change practically everything. Awareness brings choice in its wake – the possibility that consciously turning to face our deaths can allow an abiding compassion for ourselves, our communities, every living creature and the earth herself. It doesn’t seem to be too much of a stretch to say that our survival depends on it.

So, this is our question: What if we weren’t afraid to die?

We’re all looking for immortality on some level. If you’re anxious about that, contact me for a consultation.

Here are some quick links to the resources mentioned in this blog:

Rachel Menzies: Curing the Dread of Death (https://www.amazon.com/Curing-Dread-Death-Research-Practice/dp/1925644111/ref=sr_1_1?crid=2O4CPB9RH2EAT&keywords=curing+the+dread+of+death&qid=1583908169&sprefix=curing+the+dread+of+death%2Caps%2C217&sr=8-1)
there is a great WeCroak podcast interview with Rachel here: https://www.wecroak.com/podcast/2019/12/3/season-2-episode-8-rachel-menzies-death-anxiety-and-mental-health

Sheldon Solomon,Jeff Greenberg,Tom Pyszczynski: The Worm at the Core (https://www.amazon.com/Worm-Core-Role-Death-Life/dp/0141981628/ref=sr_1_1?crid=349DKX19TNREH&keywords=the+worm+at+the+core&qid=1583908391&sprefix=the+worm+at+the+core%2Caps%2C242&sr=8-1)
and there is a youtube talk here: Grave Matters: The Role of Death in Life (https://www.youtube.com/watch?v=j7GZrgWKj9o)
and a tedx talk here: Humanity at a Crossroads (https://www.youtube.com/watch?v=wuJhD5TkX-0)