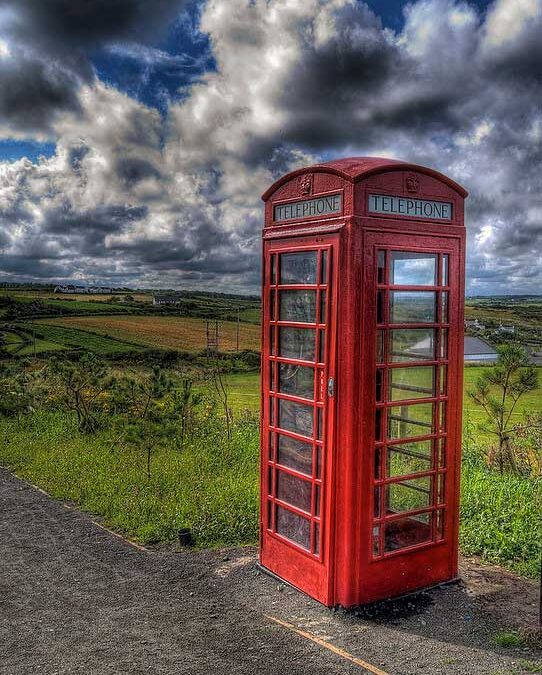 One of the silver linings of working on Saturday mornings is that it gives me the opportunity to listen to “This American Life” while driving on a relatively clear 405 (another silver lining). On this particular day in 2016 the theme was “One Last Thing Before I Go” and the segment that happened to coincide with my drive time was titled “Really Long Distance”. I found myself transfixed and then moved to tears by Miki Meek’s telling of the story. And I was somehow amazed that I had heretofore been completely ignorant of it. It was a story about a phone booth that someone had placed on a bluff overlooking the Pacific, no attempt had been made to hook it up to any actual phone lines. There was no particular reason for me to be aware of something that happened in 2011 in a smallish town in Japan (although I was aware, of course, of that devastating tsunami) yet the emotional weight of the story felt so universal to the human experience that it seemed essential for everyone to know about it.

I subsequently went online and saw that there were multiple links to the story (you can search ‘japanese phone booth tsunami’) however nothing would have brought me to that without the chance encounter with my radio programming that Saturday morning. One of the more well know Jungian aphorisms is ‘there are no coincidences’ meaning that there is meaning to the things we stumble upon. What struck me most forcefully about the story was the incredible power of the need for connection between us – whether we are talking about those still amongst us or those who have departed this earthly plane. And it was a reminder of the awesome power of our imaginations – not in a discounting or dismissive sense (ie: not ‘real’) but in the very real sense that it is in our imaginations where everything begins, where we create our realities.

Our basic human need to be seen, truly seen, and heard and held by those we love and who love us does not go away because of the enforced physical separation of a death. And that the ways we find to connect with people we cannot see or touch anymore are profoundly important and meaningful to the human psyche even if they do not necessarily meet a set of scientific criteria.

I’d like to focus on three stories in this post, the one I stumbled upon that Saturday morning and two others. All three involving phones in different contexts and all three highlighting some of the ways we find to send our love across the airwaves.

First, the story about the phone booth. In 2010 a man named Itaru Sasaki living in the Japanese town of Otsuchi installed a British phone booth on the bluffs of his property overlooking the Pacific Ocean. There was a shelf inside with a black rotary phone on it hooked up to nothing. He had lost a cousin and had an idea about communicating with him – regular phone lines would not be capable of making the connection, Itaru wanted his words “to be carried on the wind.”

Then, in March of 2011, the Fukushima tsunami hit. Within the span of 30 minutes the town of Otsuchi lost close to 10% of its 16,000 residents while sustaining overwhelming structural damages. Word of the phone booth spread and soon there were pilgrims traveling, often from faraway places, to the site. Each would take a turn talking on the phone to those they had lost.

Five years later, a 15 year old named Rem traveled 4 hours on a bus from the other side of the island. His father had died while driving a truck on a coastal road, a last minute shift change. He wanted to know if his dad was ok and where he was. Months later he brought the rest of his family, mother, younger sister and a younger brother. Each took a turn on the phone, checking in and catching up – talking about everyday things, tennis matches and new crushes. His sister had not said a word about the night her father disappeared until this moment, when, through tears she asked her dad to cheer for her in the upcoming tennis finals. Afterwards the family sat on a bench outside next to the booth and shared their experience. It was the first time they had allowed themselves to talk together about their father’s sudden, heartbreaking disappearance from their lives.

Meek also relays the story of a 66 year old widow,Kikui, who moved away after the tsunami and the loss of her husband, a deep sea fisherman. It’s not the first time she has visited the phone booth. You can hear her whispering her old phone number and then the short and longer clacks of the rotary dial as she calls her husband at the home that was destroyed. She listens, then looks skyward trying not to cry. After a few more moments she hangs up the phone.

Others, who are the sole survivors having lost parents, spouses and children, visit. There are more men than women, the phone booth somehow gives them permission to express their emotions. The loneliness, the guilt, the searching – “Where are you?”, “Sorry I couldn’t save you.”, “Don’t worry about us.”

What became known as the wind telephone offered people a framework to articulate all of the unspoken, unanswerable things and, in doing so, also perhaps offered a measure of solace and comfort in their grief. That phone may not have been connected to anything physically however it seems other types of connection were definitely in play. You can find some pictures of the phone booth here (https://www.citylab.com/life/2017/01/otsuchi-wind-phone-japanese-mourners/512681/).
The radio episode is here (https://www.thisamericanlife.org/597/one-last-thing-before-i-go/act-one). It’s a beautiful piece.

Second, the story about a phone standing in for a radio. Wayne Wheeler and his dad had an understanding that, if the Cubs ever made it to the World Series, they were going to be together to listen to those games. That day had not arrived when Wayne’s dad died in 1980. It wasn’t until 2016, after 71 long years, that they won the National League pennant which finally qualified them to face off against the Cleveland Indians.

Almost immediately after the NL pennant win people started leaving messages on the east wall of Wrigley Field for loved ones who had endured season after season of heartbreaking losses but had not survived to see this moment. By the end of the seventh game the wall was completely covered.

When the Cubs made it the seventh game, Wayne made a decision. He put his Cubs jersey on along with a Cubs hat, got into his car and drove 600 miles from North Carolina to Indianapolis where his father was buried. He also brought one of the big white flags with the blue “W” on it – that would be for the win, if it happened. It was already dark when he arrived at the cemetery. The gate was open clearing the way to the military section of Greenwood Forest Lawn Cemetery. Wayne,Jr. went to Wayne, Sr.’s gravesite, set up his camp chair,turned on a flashlight to illuminate his dad’s gravestone and rested his cellphone, tuned into the game, on his knee. They listened together as the Cubs cinched their first title in 108 years (after a game that drove people mad). Only then did Wayne take the flag he brought and laid it down next to the gravestone – for the win.

You can find further details and some video on this story here (https://www.wthr.com/article/cubs-fan-shares-world-series-with-late-father-at-greenwood-cemetery and https://www.si.com/extra-mustard/2016/11/03/cubs-world-series-fan-father-grave)

A cellphone plays a prominent role in the third story as well. Mary Kate O’Flanagan, in a presentation for the Moth Radio Hour entitled “Carry Him Shoulder High”, relays the particulars of her father’s funeral. She has five sisters and the six of them wished to serve as pallbearer’s for their father’s casket. Person after person did their best to dissuade them but they weren’t having it and, despite significant differences in height amongst them, they managed to carry the weight of their dad at all necessary points throughout the ceremony.

It’s what happened later though that truly give one pause. The sisters found that they could no longer be around each other because any attempt at conversation inevitably ended in tears of grief over the abrupt loss of their father and so they started avoiding each other. This went on for some time. Then one of the sisters, Rebecca, had a professional triumph and took a personal trip to recover and reset.

It was from there that she called Mary Kate and asked her to check their dad’s cellphone – it was, in fact, right where it had been left; in a drawer, dusty and with a dead battery. When Mary Kate wanted to know what was behind the request this story unfolded.

Rebecca had sat out looking at the night sky the evening before and spoke directly to her father saying she couldn’t go on if he didn’t exist anymore, she needed a sign. It was the next morning that she got a text from her dad. It was the last message he had sent before his death and it had come through again with a ping, “I’m home now Becks, you can call whenever you want.”

And, just like that, there was space again for all of the sisters to be restored to each other. You can find the story here (https://themoth.org/stories/carry-him-shoulder-high). It’s one of the best six minutes you’ll ever spend.

So what does this all add up to? I’m not sure but it feels really important. It seems possible that the connections we forge with each other in life are not totally bound by the parameters of physical laws and that our drive and ache to maintain them after a death are not fruitless, which is to say, they matter. It’s an arena of many questions and not so many answers but I find some comfort in these stories.

My baby brother died almost two years ago. His birthday was just a few days ago, on Halloween, so I sent him a text. It helped.

If you are seeking connection with someone after death and would like some support in traveling with grief please don’t hesitate to contact me for a consultation.