When Camels Cry: How Animals Grieve 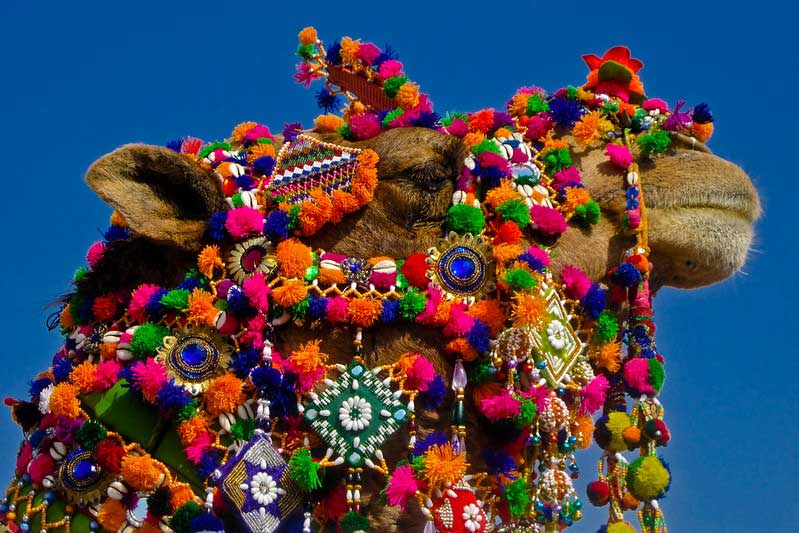 Animals grieve, not in an identical fashion and, perhaps, not always in an identifiable way. Many, like us, seem to be individuals with hearts that are capable of breaking. The link below is an example of that.

In this npr story the relationship of herders to their animals is emphasized – there is a deep commitment to their care and wellbeing. One of the herders notes the grieving she witnesses when a camel suffers a stillbirth. The grief is identifiable and palpable; “The mother camel literally weeps with tears in their eyes,” Dulamsuren says. “The camel has a big body, but they have a very soft heart.”

The relationship of the herders to their animals is a very tight one and they are clearly impacted by each other. This is visible to the eye when there is physical proximity however there is a concept in quantum physics that posits connectivity remains intact even over great distances when there is no apparent physical contact.

It’s called quantum entanglement which is defined as a physical phenomenon that occurs when pairs or groups of particles are generated, interact, or share spatial proximity in ways such that the quantum state of each particle cannot be described independently of the state of the others, even when the particles are separated by a large distance.(Wikipedia) A simpler way to state that might be that entangled particles remain connected meaning that actions performed on or experienced by one affect the other, even when there is a separation of great distance

I think my point is that it’s important to know that there is a level of connectivity on the planet that we are mostly unaware of. ‘all is one’ it turns out has a scientific underpinning and reflection as well.

There is a video on the internet of a chimp – she is dying, she is 59 years old, the matriarch of her community. We find her, in this video, curled up in the fetal position in a bed of straw, a blanket under her head. She has been refusing food and seems curled in on herself on many levels. Then her beloved caretaker from many years ago arrives in the frame. He offers a morsel of food but it is refused. Then she recognizes him and the transformation is breathtaking, heartbreaking and awe inspiring in the same instant. The love and care between them is undeniable. At one point the camera captures the reciprocal physical greeting of head patting between them – each soothing the other in such a fundamental way that I dare you not to cry if you watch it. (the link is here: https://www.theepochtimes.com/dying-chimp-refuses-to-move-but-watch-closely-when-she-sees-whos-in-front-of-her_3009507.html)

For many years the conventional wisdom that only human beings have feelings has been, more or less, taken for granted. And when exceptions are pointed out they tend to be dismissed as ‘anthropomorphizing’ which is to say that the human is projecting their emotional capacity onto the animal. Yet there is a growing body of research that challenges that view and that is putting forward a conceptualization of consciousness in animals. Traditionally there has been a hierarchy and bifurcation to this – there are animals we’re willing to deem ‘intelligent’ and then there are animals we eat (they’re generally thought of as dumb). Horses are definitely more worthy of respect than cows, for example. And dogs are the best (of course). Cats are notorious for, shall we say, their personalities.

But what would the world look like if we treated our animal compatriots as fellow travelers? It raises all kinds of questions of course but the ones I am interested in in the context of this post are the ones around grieving. Do animals grieve? And, if so, what are the implications of that? I don’t pretend to have the answer but I am noticing that I am noticing examples of their grief and I am finding a deep respect for it within myself – a shared experience if you will.

And there is not only grieving, there is ceremony and ritual as well. Carl Jung, founder of analytical psychology, teaches that ceremony and ritual are essential for people to mark the important transitions of their life. Without meaningful ritual, he tells us, people suffer. It seems that this might be applicable to animals too.

Elephants for example are known for highly visible displays of mourning that have been repeatedly and scientifically documented. They are considered a touchstone species for understanding the grieving of wild animals (How animals grieve by Barbara King – University of Chicago Press – 2014)

Elephants are known for their ability to differentiate the bones of their own kin from others in a habitat and their behavior towards them is different. They will encircle them and linger, closely examining nooks and crannies – some will vocalize while doing so and then gently touch the bones with their back feet. There is ritual here it seems.Homage is being paid. We know that elephants form deep bonds with their relatives, have enduring memories and that they grieve

In the book, “How Animals Grieve” Barbara J.King relays the story of an elephant named Tina at the Tennessee Elephant Sanctuary. Many of the elephants there are refugees from human cruelty and hard lives in service either as entertainment or beasts of burden. When she died her three best friends, Tarra, Winkie and Sissy stood vigil by her body and then by her grave. Their expressions of mourning were unique, Winkie paced, Sissy remained quiet and stationary, Tarra was vocal and requested comfort from her caretakers.

It was Sissy’s final gesture though that crystallized their connection. Sissy had been separated from her family at the age of one and then confined to various zoos, beaten at one of them, swept away by a flood at another. She had taken to carrying a tire for emotional security at the Sanctuary – she was basically never without it. It was this beloved tire that she placed on her friend’s grave, and undeniable gesture of the heart and of grief.

Horses are known for their truth telling and therapeutic skills with humans – creating a space that brooks no artifice yet is simultaneously emotionally safe in the fullest sense. It should be no surprise that their engagement with death is also unflinching and honorable, bound by protocol(aka ritual) that holds their grieving.

In a post on the site horsetalk.co.nz William Simpson writes about his experience with a herd of appaloosa on the Oregon-California border. Lucy was the lead mare. She was still nursing her foal, Pixie, when Simpson met her. He noticed that she was suffering from what looked like gastric parasites and fashioned a remedy for her. That was the beginning of a longstanding relationship over many years. Pixie grew up and had her own foal, named Dove.

Then one day Simpson noticed a group of horses gathered around a spring. His sense of something being not right was confirmed with the sight of Pixie laying on the ground having suffered a fatal wound from some abandoned barbed wire fencing. What he describes next is both heartbreaking and magnificent in its clarity.

First, the lead stallion of Pixie’s family group came up to her, she raised her head off the ground and they, as Simpson writes, “shared breath”. Then, one by one, each remaining horse came up to Pixie and did the same thing – all of them bidding her good bye. When her family was finished all the other gathered families repeated the ritual.

Simpson left the area to retrieve his wife. Upon their return they found Pixie, now dead, and over her a lone stallion named Red Sox – he and Pixie had grown up together. Simpson writes,”He was audibly crying over her lifeless body; making a haunting sound I have never heard a horse make before; a soul piercing sound I will never forget.” Red Sox allowed Simpson and his wife to say their goodbyes and then resumed his post as her sentinel.

You can read the article in its entirety here, I highly recommend it.
https://www.horsetalk.co.nz/2018/07/04/wild-horses-death-grief-insight/?fbclid=IwAR0PYQ7wC55dwXeNUev1UE4MadcN3pcw043zu19xGW9J4DaVdFIIRLoa1n0

Jung wrote that ritual leads us “back to the inner, sacred precinct, which is the source and goal of the psyche and contains the unity of life and consciousness.” (Jung, “Commentary on ‘The Secret of the Golden Flower,’” Alchemical Studies, CW13, p. 25.)

Animals seem somehow to already grasp this. They just know what to do and they are able to be present for one another – connecting in the most essential way. It’s E.M.Forster who famously wrote “Only connect the prose and the passion, and both will be exalted, and human love will be seen at its height. Live in fragments no longer.”

We would do well to find the ways to put ourselves back together so that we can be present for ourselves and our loved ones and perhaps to also acknowledge our connection to all the other living beings we share the planet with.

Mourning seems connected to our animal natures – ritual seems to be a constant across species helping us contain and navigate our grieving. There is even now growing evidence that trees have complex relationships with each other, including attending to the loss of their dead (see The hidden life of trees: what they feel, how they communicate: discoveries from a secret world by Peter Wohlleben, Tim Flannery, Jane Billinghurst – William Collins – 2017 and https://www.smithsonianmag.com/science-nature/the-whispering-trees-180968084/). It has often been said that the price of love is grief. It is heartening to me that we don’t mourn alone in the universe. It is only human to wish to avoid loss and the suffering it can bring. However we might be better served by the paradoxical approach of embracing and honoring our mourning, holding it with ritual and the company of each other perhaps knowing that we are also in the company of many others on our planet.

If you have experienced a deep loss and need help navigating your grief, please feel free to contact me for a consultation.

Image Credit: https://www.flickr.com/photos/benbeiske/5455879082/ No changes were made to the image.